USE OF CHEMICALS CONTINUED IN VIETNAM 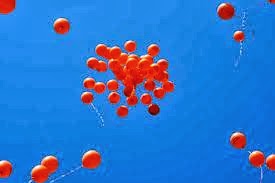 While the debate over the danger of Agent Orange and dioxin heated up in scientific circles, the U.S. Air Force continued flying defoliation sorties, and the troops on the ground continued to live in the chemical mist of the rainbow herbicides. They slept with it, drank it in their water, ate it in their food and breathed it when it dropped out of the air in a fine, white pungent mist.
Some of the troops in Vietnam used the empty Agent Orange drums for barbecue pits. Others stored watermelons and potatoes in them. Still others rigged the residue-laden drums for showers.  The spraying continued unabated in 1968, even though, according to military records, it apparently was having minimal effects on the enemy. A series of memorandums uncovered in the National Archives and now declassified indicate that defoliation killed a lot of plants, but had little real effect on military operations.
ORANGE AEROSOL DISCOVERED
Meanwhile, the military continued to learn just how toxic Agent Orange could be. On October 23, 1969, an urgent message was sent from Fort Detrick, Maryland, to MACV concerning cleaning of drums containing herbicides. The message provided detailed instructions on how to clean the drums and warned that it was particularly important to clean Agent Orange drums.  "Using the (Agent) Orange drums for storing petroleum products without thoroughly cleaning them can result in creation of an orange aerosol when the contaminated petroleum products are consumed in internal combustion engines. The Orange aerosol thus generated can be most devastating to vegetation in the vicinity of engines. Some critics claim that some of the damage to vegetation along Saigon streets can be attributed to this source. White and Blue residues are less of a problem in this regard since they are not volatile."  Not only was Agent Orange being sprayed from aircraft, but it was unwittingly being sprayed out of the exhausts of trucks, jeeps and gasoline generators.
VETS BEGIN DEVELOPING HEALTH PROBLEMS
As soldiers who had served in Vietnam attempted to settle back into civilian life following their tours, some of them began to develop unusual health problems. There were skin and liver diseases and what seemed to be an abnormal number of cancers to soft tissue organs such as the lungs and stomach. There also seemed to be an unusually high number of birth defects among children born to Vietnam veterans who had been exposed to Agent Orange. Some veterans experienced wild mood swings, while others developed a painful skin rash known as chloracne. Many of these veterans were found to have high levels of dioxin in their blood, but scientists and the U.S. government insisted there was no link between their illnesses and Agent Orange.  In the mid 1970s, there was renewed interest in dioxin and its effects on human health following an industrial accident in Seveso, Italy, in which dioxin was released into the air, causing animal deaths and human sickness.
Paul Sutton
Veteran Advocate
Ssgtusmc6169@yahoo.com

Posted by AgentOrangeZone at 8:13 AM