Whistleblower’s documentation of toxic contamination is ignored to protect community’s image, while reporters and advocates marginalized as ‘unprofessional troublemakers’ and ‘conspiracy theorists.’ 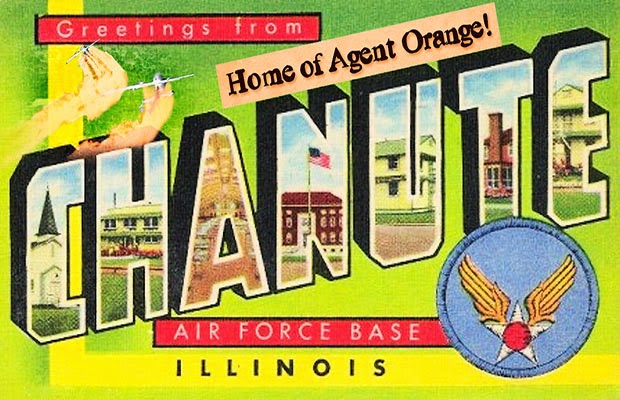 Was Agent Orange, the notorious toxic defoliant used in the Vietnam War, buried improperly near the now-closed Chanute Air Force Base outside of Rantoul, Illinois?


There are several whistleblowers and journalists that have been trying to bring the story to the public’s attention and implement the proper safety measures, but it seems several forces at work in the town and near the former base are less interested in containing the potential contamination that in maintaining the town’s reputation.
Reporter Bob Bajek wrote in his April 1, 2014 piece:


A day after publication, the Rantoul Press’ general manager, Tim Evans, talked to me about the Agent Orange stories. Evans, a hefty 59-year-old newspaperman, said these stories “weren’t what community newspapers were about and made the town look bad.”
[...] Evans told me the Rantoul Press would never publish any story about the possibility of dioxin in the water because it would ruin the town. Evans said no newspaper or news organization would pick it up.

Hazardous chemicals expert and Chanute Restoration Advisory Board Member Doug Rokke brought forward documents and testimony from the whistleblower Michael Glasser showing that he handled and disposed of Agent Orange and other harmful chemicals near the base in the 1960s and is now 100% disabled from his activity in pesticide management and now has bladder, prostate and urethra cancer from his time in the service.