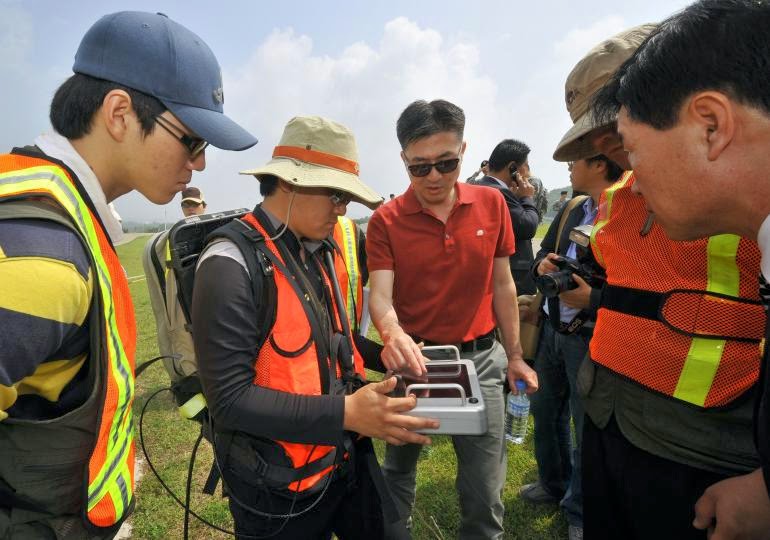 For the past decade, U.S. Army veteran Steve House has been on a mission. Riding the highways of America from Oregon to Virginia on his Harley, he has visited dozens of fellow vets and medical and military experts to hear their stories and collect information to bolster his claim that he is entitled to disability payments after being exposed to toxic chemicals during his service in the late 1970s.

House, 56, a burly, deep-voiced man with a long beard and ponytail who was stationed at Camp Carroll in South Korea, suffers from diabetes, liver disease, glaucoma, neuropathy and other illnesses. He has been locked in a bitter, protracted battle with the Department of Veterans Affairs over his claim that his illnesses are linked to his work burying 250 barrels of Agent Orange, the toxic defoliant, in 1978 -- three years after the last Marines left Vietnam.
House has doggedly pursued any information that might help get his claim approved and prove to VA that he’s not fabricating his exposure. His claim was repeatedly denied by the VA until last week, when a judge with VA’s Board of Veterans’ Appeals (BVA) acknowledged that House’s suffering resulted from chemical exposure at Camp Carroll, though it stopped short of naming Agent Orange.
“I was determined to show that I was telling the truth about why I’m so sick,” House said. “I gave up countless hours of my life, including years of my vacation time that I should have spent with my family, digging for facts. I have a very understanding wife. I had to do what I had to do.”

The VA portrayed the ruling as a single administrative finding that applies to this one man. But House and others who have long alleged a government cover-up regarding Agent Orange and other toxic chemicals say it is an acknowledgement of the malevolent consequences of veterans’ exposure to those chemicals, even if, at this stage, it is unclear how the ruling will affect cases that are specifically about Agent Orange.
Rick Weidman, executive director of government affairs for Vietnam Veterans of America (VVA), called the judge’s decision on House’s claim historic. “It’s a precedent, a real turning point that we haven’t had before,” Weidman said. “Despite the fact that VA is still not saying that Agent Orange was buried there, virtually no one to date has gotten recognition for exposure to toxic chemicals, Agent Orange or otherwise, outside of the war zone. VA finally admits they sprayed Agent Orange along the DMZ [in Korea], but as far as toxins harming veterans at any other location, they very rarely admit it.”
“I won,” House said flatly. “It’s good news and I’m grateful. But I have mixed emotions about it. I feel kind of numb. My fight isn’t over. There are a lot of my buddies out there who were also at Camp Carroll who are sick now and that I hope to help.”READ MORE: http://www.ibtimes.com/judges-surprise-ruling-veterans-exposure-toxic-chemicals-us-military-base-called-turning-1569225
Posted by AgentOrangeZone at 7:14 AM