Is Agent Orange still a threat to local residents?

http://www.nwfdailynews.com/article/20160109/news/160109364
More than 45 years after the last Agent Orange spray testing was completed at Eglin Site C-52A, some local residents still wonder about the residual effects of the toxin. 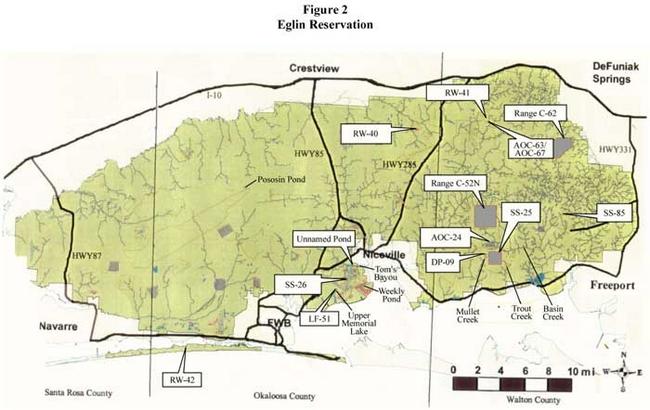 Because of the site’s proximity to creeks and other waterways that eventually empty into
Choctawhatchee Bay, some have expressed concerns about the possibility of groundwater contamination and other adverse environmental impacts.

Since the early 1970s, the federal government has conducted a series of studies to determine what, if any, long-term damage may have been done to wildlife and plants at the site. In general, those studies have shown no significant long-term impacts.
In February 1998, a local resident petitioned the Agency for Toxic Substances and Disease Registry (ATSDR) to assess Eglin for potential public health hazards, including possible Agent Orange contamination. On April 6-8, 1998, and again on Aug. 20-23, 2001, ATSDR visited Eglin to evaluate the concerns.
Under the topic of herbicide, ATSDR issued the following finding:“Access to the (site) is extremely limited due to steep topography, dense vegetation, and locked gates. In addition, the area is highly controlled by security personnel who patrol the area. Therefore, there is, has been, and will continue to be minimal contact with contamination at the (site).”
The final conclusion? “Even though Herbicide Orange was, and still is, present at Eglin AFB, community members were not in the past, are not currently, and are not expected to be in the future exposed to levels of Herbicide Orange that would cause harmful health effects.”
Posted by AgentOrangeZone at 9:03 AM