What are these people thinking?

This past week, as activists gathered in Washington, D.C. for the conference on “Vietnam: the Power of Protest,” in Vietnam’s Ho Chi Minh City, a delegation led by Veterans for Peace (VFP) Chapter 160 was quietly wrapping up a two week tour. The tour was timed to coincide the VFP’s national “Full Disclosure Campaign”. 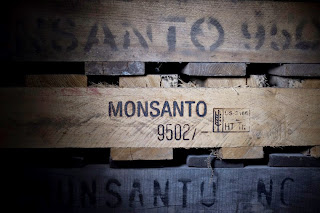 The VFP initiative, like the D.C.-based conference over the weekend, is geared to counter a Department of Defense (DOD) campaign, funded by the 2008 National Defense Authorization Act (NDAA), to produce commemorative events and historical accounts, including school curriculum, to mark the 50thanniversary of the Vietnam War.
Set against the backdrop of the Obama administration’s push for fast track authority to conclude the Trans-Pacific Partnership (TPP), this year’s VFP 160 tour raised troubling questions not only about the ongoing effects of the war on Vietnam, but about Monsanto’s introduction of genetically modified (GMO) seeds onto the Vietnamese market.
The text of the TPP, which would be the largest trade deal in history, impacting 40 percent of the world’s economy, remains shrouded in secrecy. But leaked passages indicate that the TPP will heighten the growing income inequality in both Vietnam and the US and override local and national laws and policies geared toward protecting the environment and public health.
Monsanto, one of the single largest producers of the estimated 20 million gallons of Agent Orange sprayed in Vietnam between 1961 and 1971, is among the corporations that stand to garner windfall profits if the TPP is passed.
MORE
Posted by AgentOrangeZone at 7:49 AM