Vietnam has approved the importation of several genetically-modified (GM) corn varieties and left it to the environment ministry to decide whether to plant the controversial crops on a massive scale.
The Ministry of Agriculture and Rural Development on August 11 authorized four corn varieties for food and animal feed processing—namely, MON 89034 and NK603 , produced by Dekalb Vietnam (a subsidiary of US mega-corporation Monsanto) and Bt 11 and MIR 162 from the Swiss firm Syngenta. 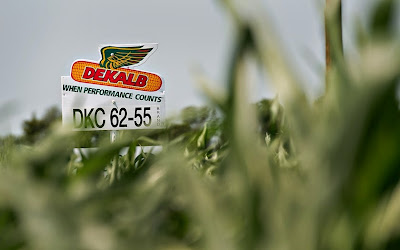 The Ministry of Natural Resources and Environment must issue a bio-safety certificate before farmers can start commercially cultivating the crops, which are banned in Europe and China.
It remains unclear when that decision will be made. But given the current political landscape, it seems unlikely that the ministry will do anything but give the approval.

The quick push toward GMO
In 2006, the government drafted an ambitious plan to develop GM crops as part of a “major program for the development and application of biotechnology in agriculture and rural development.”
The plan aimed to cultivate Vietnam's first GM crops by 2015 and have 30-50 percent of the country’s farmland covered with genetically modified organisms (GMOs) by 2020.
An increasing number of Vietnamese officials and scientists have touted the need to grow GM corn to reduce Vietnam’s dependence on imports. The country currently imports 1.5 million tons of corn for animal feed every year from Brazil, Argentina, and the US, including GM varieties, according to the agriculture ministry.
Le Huy Ham, director of the Institute of Agricultural Genetics, was quoted by Nong Nghiep Vietnam (Vietnam Agriculture) newspaper as saying that the license to use the four aforesaid GM maize varieties would pave the way for the mass cultivation of GM crops in Vietnam.
“The agriculture ministry is increasingly determined to realize its [GM crop-growing] plan soon,” Ham said.
MORE
Posted by AgentOrangeZone at 7:51 AM