Some Air Force Reservists who were crew members on C-123 Provider aircraft, formerly used to spray Agent Orange during the Vietnam War, have raised health concerns about exposure to residual amounts of herbicides on plane surfaces. 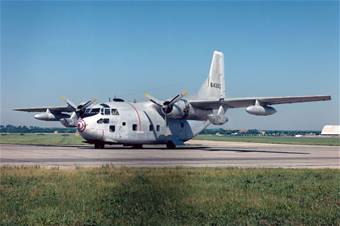 Responding to these concerns, VA asked the Health and Medicine Division (HMD) (formally known as the Institute of Medicine) of the National Academy of Sciences, Engineering, and Medicine to study possible exposure and increase in adverse health effects in C-123 crew members.

HMD released its report, Post-Vietnam Dioxin Exposure in Agent Orange-Contaminated C-123 Aircraft, Jan. 9, 2015. According to the report, from 1972 to 1982, approximately 1,500 to 2,100 Air Force Reserve personnel trained and worked on C-123 aircraft that previously had been used to spray herbicides, including Agent Orange, in Vietnam. Those aircraft were used for military airlift, medical transport, and cargo transport operations in the United States and internationally.

HMD found that Reservists who served as flight crew (pilot, navigator, flight engineer, and loadmaster), ground maintenance crew, and aero-medical personnel had regular contact with the aircraft, and would have experienced some exposure to chemicals from herbicide residue. The report determined that it is possible that this exposure contributed to some adverse health effects.

Posted by AgentOrangeZone at 2:29 PM