READ THE STORY
Under pressure from Congress to determine whether to add four diseases to the list of Agent Orange-related conditions, Department of Veterans Affairs officials have disputed a scientific panel’s findings and said they will wait for additional research to conclude before making what could be a $15.2 billion decision. 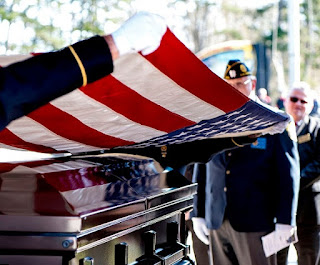 In a report sent to the House and Senate Veterans Affairs committees on Monday, VA Secretary Robert Wilkie said VA experts “noted significant concerns and limitations” with several National Academies of Sciences, Engineering and Medicine, or NASEM, reports concluding that there is suggestive or sufficient evidence linking development of bladder cancer, hypothyroidism, Parkinson’s-like tremors and hypertension to exposure to herbicides for defoliation in the Vietnam War.

According to Wilkie, NASEM did not identify any “definitive causal links” between Agent Orange and the diseases, and at least two — hypertension and bladder cancer — have other risk factors besides herbicide exposure, such as age, diet and tobacco use, that can contribute to their development.
White House responsible for delayed decision on new Agent Orange diseases, documents show
Internal documents reveal the disagreements within the Trump administration over adding new Agent Orange-connected diseases.
Also, Wilkie said, members of the NASEM panel, in drawing their conclusions, relied heavily on studies of Army Chemical Corps members “with known high occupational exposure” that don’t necessarily reflect the experience of most U.S. troops in Vietnam.
Given the concerns and the cost, which according to VA could run between $11.2 billion and $15.2 billion, depending on interpretations of a court ruling, VA is waiting for the results of its own studies, expected later this year, to announce any decision, the report says.
KEEP READING
Posted by AgentOrangeZone at 10:02 AM