No Relief for Some Vets Exposed to Agent Orange

READ THE STORY
(CN) — The D.C. Circuit upheld the dismissal of "blue water" Vietnam veterans' claim that the Department of Veterans Affairs wrongly refused to compensate them for injuries caused by Agent Orange exposure.
The U.S. military used Agent Orange as a defoliant to clear forested areas throughout the Vietnam War, and thousands of soldiers were exposed to the herbicide mixture. 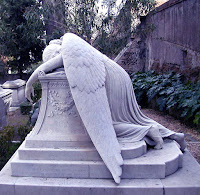 A list of potential health consequences posted on the VA's website notes that exposure can lead to increased rates of acute leukemia, Hodgkin's lymphoma and non-Hodgkin's lymphoma, throat cancer, prostate cancer, lung cancer, colon cancer, Ischemic heart disease, soft tissue sarcoma and liver cancer.
Exposure to Agent Orange was so prevalent that Congress eventually recognized the long-term health effects of the chemical and passed the Agent Orange Act of 1991, which creates a presumption that veterans who served between 1962 and 1975 were exposed.
If these veterans develop diseases linked to Agent Orange, they can receive disability compensation without proving they were exposed to the herbicide.
However, the VA does not offer such benefits to veterans who served on ships offshore, never set foot on Vietnamese soil, or served on ships that entered inland waterways.
Instead, these "blue-water" veterans must prove exposure on a case-by-case basis. The Blue Water Navy Vietnam Veterans Association unsuccessfully challenged the distinction in a 2015 lawsuit.
The veterans noted that the presence of Agent Orange in the waters off the coast of Vietnam was unmistakable.
"Whenever ships anchored, the anchoring evolution would disturb the shallow seabed and churn up the bottom," they claimed. "Weighing anchor actually pulled up a small portion of the bottom. The cavitation of military ships moving along the coast line, especially within the 10 fathom curve, at high speeds, further impinged on the sea bottom. This caused the Agent Orange to constantly rise to the surface."

MORE
Posted by AgentOrangeZone at 8:47 AM