Scientists involved in Operation Ranch Hand and documents uncovered in the late 1980’s  in the National Archives present a troubling picture. There are strong indications that military officials were aware as early as 1967 of the limited effectiveness of chemical defoliation and they knew of potential long-term health risks of frequent spraying. 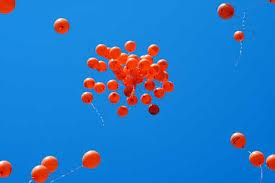 Dr. James Clary was an Air Force scientist in Vietnam who helped write the history of Operation Ranch Hand. Clary says the Air Force knew Agent Orange was far more hazardous to the health of humans than anyone would admit at the time.  "When we (military scientists) initiated the herbicide program in the 1960s," Clary wrote in a 1988 letter to a member of Congress investigating Agent Orange, "we were aware of the potential for damage due to dioxin contamination in the herbicide. We were even aware that the `military' formulation had a higher dioxin concentration than the `civilian' version, due to the lower cost and speed of manufacture. However, because the material was to be used on the `enemy,' none of us were overly concerned. We never considered a scenario in which our own personnel would become contaminated with the herbicide. And, if we had, we would have expected our own government to give assistance to veterans so contaminated."


One of the first defoliation efforts of Operation Ranch Hand was near a rubber plantation in January, 1962.  According to an unsigned U.S. Army memorandum dated January 24, 1966, titled "Use of Herbicides in Vietnam," studies showed that within a week of spraying, the trees in the plantation "showed considerable leaf fall."


"The injury to the young rubber trees occurred even though the plantation was located some 500 yards away and upwind of the target at the time of the spray delivery."  The memo went on to say that "vapors of the chemical were strong enough in concentration to cause this injury to the rubber." These vapors, "appear to come from `mist drift' or from vaporization either in the atmosphere or after the spray has settled on the vegetation." The issue of "mist drift" continued to plague the defoliation program. How far would it drift? How fast? Wind speed and direction were of major concerns in answering these questions. Yet, there were other questions, many of which could not be answered.


What happened in humid weather?


How quickly did the chemicals diffuse in the atmosphere or were they carried into the clouds and dropped dozens of miles away? How long would the rainbow herbicides linger in the air or on the ground once they were sprayed? It developed that the distance was ten kilometers and more, more than six miles. In essence, troops operating more than six miles from defoliation operations could find themselves, their water and their food doused with chemical agents, including dioxin-laced Agent Orange.

Posted by AgentOrangeZone at 8:04 AM