from our good friend Paul Sutton...

ATTENTION - All Vietnam veterans, their families and advocates for our generation. This sender, while a long-time life member of Vietnam Veterans of America (VVA), is not – in any way, shape or form – publishing VVA’s interests or defending its name by broadcast of this post. 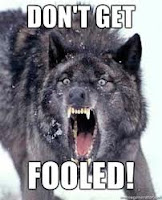 This legislative effort (H.R. 2519 - Victims of Agent Orange Relief Act of 2013) is a prime example of “a wolf in sheep’s clothing”. The bill (back-channel me for a copy, with a list of co-sponsors) is alleged to be a careful rewrite (I find serious fault with that claim) of the one that Mr. Filner introduced in 2011; and, claims that it includes expanding the presumptive birth defects that are currently applied to the offspring of women Vietnam vets to the children of male vets. It claims to provide care for the Vietnamese, Vietnamese Americans, and mandates cleanup of the mess in Vietnam. Apparently, some Senators are discussing introducing a companion bill in the US Senate within the next month or two.
The group below is focused on Vietnamese victims, not on U.S. victims, which is where we got “sucked in”, in 2009 with the Ford Foundation/Aspen Institute initiative. VVA’s Faces of Agent Orange program grew out of the need to tell the American side of the story, because Ford Foundation, when asked, was only concerned about the Vietnamese side. There is a world-wide dioxin movement--has been for years--but it doesn’t focus on U.S. victims. The spin out there in the world at large is, “America’s veterans are taken care of because they have the VA”
The Vietnam Agent Orange Relief & Responsibility Campaign is the group that is behind this legislation, their website is: http://www.vn-agentorange.org/index.html They are the same group that used Jane Fonda for their own PR purposes.
For Cora Weiss’s background, see this site: http://www.discoverthenetworks.org/funderprofile.asp?fndid=5348&category=79
Children of Vietnam Veteran’s Health Alliance, Inc. (COVVHA)’s origins sprang from this group, their website is: http://covvha.net/
VVA will work with groups focused on the American side of the story when it’s in the best interest of America’s veterans and their progeny.
My advice – be very careful of this deception!
Posted by AgentOrangeZone at 1:17 PM