By Beena Raghavendran
McClatchy Newspapers
WASHINGTON — Bob Bauman is waiting.
Bauman, of Baltimore, remembers the orange-striped barrels sitting on a pier off Subic Bay in the Philippines. He’s convinced that they were filled with Agent Orange that leaked into the water where he and his fellow sailors went swimming.
Now 65, Bauman has diabetes, Parkinson’s disease, colorectal cancer and essential tremor. He blames the orange-striped barrels, but he hasn’t received disability benefits from the Department of Veterans Affairs. The VA grants benefits only to Agent Orange-exposed veterans who served on the ground or in the rivers of Vietnam. Bauman and his fellow sailors – known as blue water Navy veterans – served off the coast of Vietnam and aren’t covered. 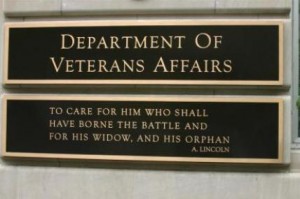 The fight between veterans such as Bauman and the VA has resulted in a cycle of denied claims and a lack of benefits for the majority of blue water veterans that can stretch several years, advocates say. Legislation to extend compensation to these veterans was introduced in the House of Representatives in February, but getting it through will be difficult: Five previous attempts to secure benefits have been unsuccessful.
“Fixing the VA is going to take more than this bill,” said John Wells, the director of legal and legislative affairs for the Blue Water Navy Vietnam Veterans Association. “Until the VA is purged of its bureaucratic resistance to facts, nothing’s going to get any better.”
READ MORE: http://www.star-telegram.com/2013/03/26/4729488/blue-water-navy-veterans-long.html