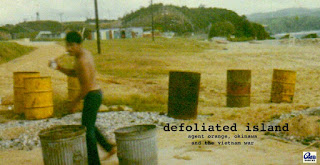 
Special to The Japan Times


A single sentence buried among 7,000 pages of documents recently released by the Pentagon might well be the needle in the haystack that conclusively proves the U.S. military stored toxic herbicides, including Agent Orange, in Okinawa during the Vietnam War.


American veterans have long claimed that large volumes of these chemicals were present on Okinawa Island and hundreds of them are suffering serious illnesses they believe were triggered by their exposure. But the U.S. government has repeatedly denied the allegations by insisting it has no records related to the issue. 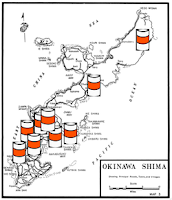 The latest discovery in a 1971 report titled "Historical, logistical, political and technical aspects of the herbicide/defoliant program" indicates the Pentagon's denials might not have been entirely correct.


The document, produced in September 1971 by U.S. Army Fort Detrick, Maryland, the center for the Pentagon's biochemical weapons research, summarized the military's usage of these chemicals during the Vietnam War and among the locations cited is a reference to "Herbicide stockpiles elsewhere in PACOM-U.S. (Pacific Command) government restricted materials Thailand and Okinawa (Kadena)."


The U.S. government already admits that it stored military herbicides in Thailand during the Vietnam War but it denies their presence in Okinawa. At the time, Kadena Air Base (near the city of Okinawa) served as the Pentagon's key supply hub through which weapons and ammunition were flown to the conflict in Southeast Asia.
READ MORE: http://www.japantimes.co.jp/rss/nn20130112a2.html
READ MORE: http://www.counterpunch.org/2013/01/11/agent-orange-on-okinawa-2/
Posted by AgentOrangeZone at 11:09 AM