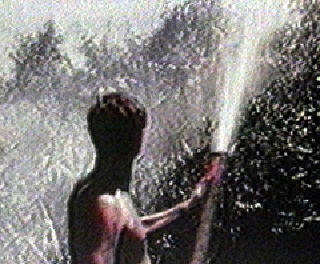 WHAT IS AGENT ORANGE
Agent Orange was one of several defoliants (herbicides) containing trace amounts of a toxic contaminant, TCDD (dioxin). Defoliants were used during the Vietnam War to kill vast areas of jungle growth. The real, Agent Orange, was a 1:1 mixture of the n-butyl esters of 2,4-dichlorophenoxyacetic acid (2,4-D) and 2,4,5-trichlorophenoxyacetic acid (2,4,5-T). A byproduct contaminant of the manufacturing process for 2,4,5-T (used in all the agents during the Vietnam War) is 2,3,7,8-tetrachlorodibenzo-para-dioxin (TCDD). TCDD is commonly referred to as dioxin.

Agent Orange is the code name for an herbicide and defoliant used by the U.S. military in its Herbicidal Warfare program during the Vietnam War, when an estimated 21,136,000 gal. (80 000 m³) of Agent Orange were sprayed across South Vietnam. 4.8 million Vietnamese people were exposed to Agent Orange, resulting in 400,000 deaths and disabilities, and 500,000 children born with birth defects.

From 1961 to 1971, Agent Orange was by far the most widely used of the so-called "Rainbow Herbicides" employed in the Herbicidal Warfare program. During the production of Agent Orange (as well as Agents Purple, Pink, and Green) dioxins were produced as a contaminant, which have caused health problems for those exposed during the Vietnam War. Agents Blue and White were part of the same program but did not contain dioxins.
Posted by AgentOrangeZone at 9:20 AM